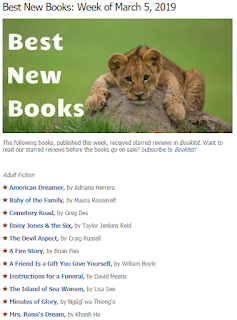 Catherine Rossi's dream, in 1987, is to find the remains of her son, Lieutenant Nicola Rossi, the only American unaccounted for after a deadly firefight in Vietnam in 1967. So she travels to the Mekong Delta with her daughter, Chi Lan, 18, adopted from a Catholic Vietnamese orphanage when she was five. At the small inn where the Rossis stay, employee Le Giang believes Mrs. Rossi's quest is highly unlikely to be fulfilled, but he comes to treasure the companionship of Chi Lan. The narration alternates between the voices of Lieutenant Rossi in 1967 and Le Giang, in the present of 1987, a man born and conscripted in the north who defected to the army of the south, then was imprisoned for "reeducation" in the north for 10 years. Both men describe the horrors and deprivations of war, along with the bonds of fellowship forged, as well as the natural beauty and dangers of the country, on the way to a healing climax. Ha's prose is so clear and vivid, whether describing a dying soldier's wounds or local flora and fauna, and his message is so powerfully understated that this beautifully written novel should have a place alongside the best fiction of the Vietnam War.—Booklist

Richly sensory, gorgeously descriptive, harrowingly disturbing, and beautifully told, Khanh Ha’s Mrs. Rossi’s Dream brings to life a different side of Vietnam—not just the war (though this should surely be a must-read for anyone wanting to see the different sides of conflict), but also the aftermath of peace. . . .

From Sheila's Reviews on Goodreads 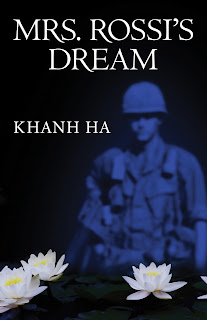 The Scent of Apples 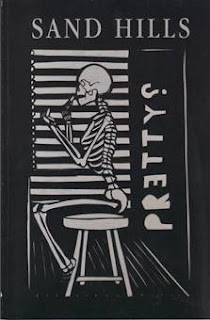 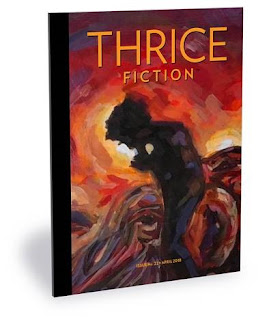 The letter said, “Madame Thi Lan is very ill. Be kindly advised of our necessary action to be
taken for gravely ill residents. This will be the only correspondence from this office to our
resident’s family concerned. Respectfully.” Having taken ten days by postal mail, it arrived from the village office that oversaw the leper colony where her mother had been an inhabitant for the past three years.
Posted by Khanh Ha at 8:23 AM No comments: 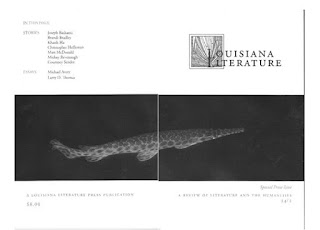 In the evening we sat on the veranda of the inn, the air now cool, and the breeze brought a scent of mud from a canal across the land. Mrs. Rossi reclined in the hammock, her loose shirt untucked, hanging down to her thighs, its whiteness a pale luster in the dark. Chi Lan and I sat in the metal folding chairs, looking toward the road.
Posted by Khanh Ha at 8:15 PM No comments:

I will be your child to hold
And you be me when I am old
The world grows cold
The heathen rage
The story's told
Turn the page.

To Each His Own

Then there was the bad weather. It would come in one day when the fall was over. You would have to shut the windows in the night against the rain and the cold wind would strip the leaves from the trees in the Place Contrescarpe. The leaves lay sodden in the rain and the wind drove the rain against the big green autobus at the terminal and the Café des Amateurs was crowded and the windows misted over from the heat and the smoke inside. It was a sad, evilly run café where the drunkards of the quarter crowded together and I kept away from it because of the smell of dirty bodies and the sour smell of drunkenness. The men and women who frequented the Amateurs stayed drunk all of the time or all of the time they could afford it; mostly on wine which they bought by the half-liter or liter. Many strangely named apéritifs were advertised, but few people could afford them except as a foundation to build their wine drunks on. The women drunkards were called poivrottes which meant female rummies. 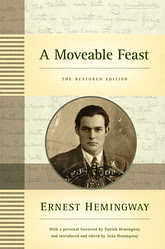 The Café des Amateurs was the cesspool of the rue Mouffetard, that wonderful narrow crowded market street which led into the Place Contrescarpe. The squat toilets of the old apartment houses, one by the side of the stairs on each floor with two cleated cement shoe-shaped elevations on each side of the aperture so a locataire would not slip, emptied into cesspools which were emptied by pumping into horse-drawn tank wagons at night. In the summer time, with all windows open, you would hear the pumping and the odor was very strong. The tank wagons were painted brown and saffron color and in the moonlight when they worked the rue Cardinal Lemoine their wheeled, horse-drawn cylinders looked like Braque paintings. No one emptied the Café des Amateurs though, and its yellowed poster stating the terms and penalties of the law against public drunkenness was as flyblown and disregarded as its clients were constant and ill-smelling.

All of the sadness of the city came suddenly with the first cold rains of winter, and there were no more tops to the high white houses as you walked but only the wet blackness of the street and the closed doors of the small shops, the herb sellers, the stationery and the newspaper shops, the midwife—second class—and the hotel where Verlaine had died where you had a room on the top floor where you worked.

—Ernest Hemingway (A Good Café on the Place St.-Michel)

19 inches of a green screen tv

The tv was on. Kids stared straight into the tube, heads held by miniature hands.

It was a black & white set, with a piece of green plastic glued to the tube. The old man liked it like that. It stayed like that. Period.

Kennedy was killed on that tv.

Vietnam was started on it.

It was a damned television.